LOOKING BACK AT LAST WEEK

RELIGION – We continued working on Lesson 15 – The Mass. We read an imagined story of faith, Troy Learns How to Make a Special Sacrifice of Love. In the story the little boy sulked and played around at Mass because he wanted to be home watching his favorite television show. At the end of the story the little boy realized that Jesus had made a big sacrifice when he died on the Cross. Troy thought that maybe he could make a small sacrifice and not complain so much about giving up his favorite show, and perhaps even behave a little better at Mass. It was a good story for the children to hear and discuss.

MATH – We began Chapter 10, “Weight” this week with a pre-test on Monday. We completed Lesson 1, Comparing Things and Lesson 2, Finding the Weight of Things. We used our balance scales to help with Lesson 2. Math vocabulary included: heavy, heavier, light, lighter,and, as heavy as.

LANGUAGE ARTS – In Unit 8, Lesson 2 we isolated sounds in words and generated words that contain ow spelled ow and ou and aw spelled aw and au. Our Read Aloud stories this week were Grow, Ladybug, Grow! and Just Like My Mother. Reading skills that we worked on included genre review and clarifying. We learned that words with the same meaning are called synonyms. We read decodable books 96-99 and they went home last week. I hope they continue to read them to you at home!

SCIENCE – We began our unit on Matter and learned to identify solids, liquids and gases. 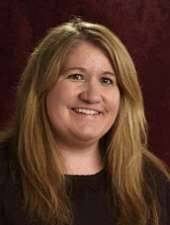